Adding Images to the Whiskey Recommender

While images aren't required for a Recommender app, there is a place for a picture in the 'baseball card' template, just as you would expect for any baseball card. Here is an example of the template, as it is used in the Beach Town Recommender: 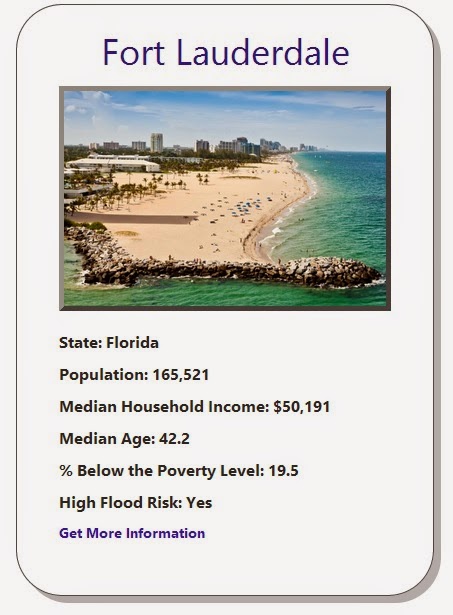 I want to add images to the Whiskey Recommender, but this is more difficult than it was for beach towns. The challenge arises, once again, because I am working with a much larger set of possible options -- 450 different whiskey brands!

The Beach Town Recommender has about 30 towns in it, so it was relatively easy to search the internet for good medium-sized images of my beach towns and save them to a folder on my computer. I won't be able to do that for 450 whiskeys; it's just too much work. I'll have to find different images for different types of whiskeys, and stop there.

The basic process I used was to (1) locate images using a search engine, and then (2) save those images to a folder using a simple, consistent naming convention. Then I added a "Picture" column to my data table and (3) entered the file name of the image I wanted to display for that particular whiskey.

I started out with a nice, generic picture of whiskey that I could use for my default image. This is the one I selected: 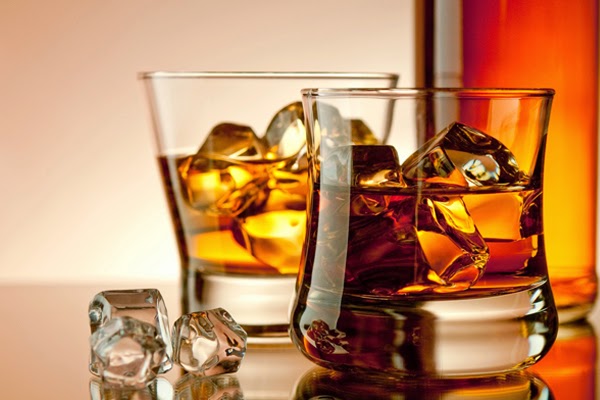 I named this 'whiskey.jpg' and I copied that name into the entire "Picture" column in my data table. I would copy and paste over this name if I found a better/more specific picture.

Now I moved on to my top level classes in my classification tree: American, Scotch, Canadian and Irish. What sort of images could act as generic images for these high level classes?

I learned after doing a bit of image research, which I did in the image section of both Google and Bing, that there were pictures available that showed groups of whiskey bottles, selected to represent different types of whiskeys. Here's an example:

This is the image I decided to use for 'American'. Someone else had already created this for me -- I could see that different bottles had been cut and pasted into the image -- but that's okay, it saved me some time. What I liked about this picture is that it had a selection of Tennessee Whiskey, Kentucky Straight Bourbon and Rye Whiskeys, making it a snapshot of a variety of American types and brands. I found similar images for Canadian, Irish and Scotch. At this point, rather than copying and pasting image names into my data table, I decided to hold off and see what other pictures I could find.

I was able to find similar multi-bottle pictures for several sub-classes: American rye, Kentucky bourbon, Tennessee whiskey, single malt scotch, and blended scotch. I would have liked to have pictures for the other sub-classes as well, like 'American blended' or 'American corn', but I couldn't find anything appropriate. So I used the generic 'American' image for those types, just as I had to settle for only one image for all of the Canadian whiskeys. At this point, I copied the names of the most specific image I had available into the appropriate cells in my "Picture" column.

Now I assessed the situation. I realized that when someone used the Whiskey Recommender, if they were directed to a particular type of whiskey, like single malt scotch, they would see 20+ 'baseball cards' -- all with different information on them but with the same picture, this one:

That's a little too boring, even for a demo! So I knew I needed to push one more level down in the data, if I could.

There were a couple of different options I could pursue. In single malt scotch I had another column in my data table: "Region". I could look for images that went with Speyside, Highlands, Islay, etc. But the other possibility was to look for images that went with the "Company" dimension, images for Diageo, Suntory/Beam, Sazerac, and the like. I decided to look for company-specific images, because that could add visual diversity to all of the whiskey types, not just single malt scotch. 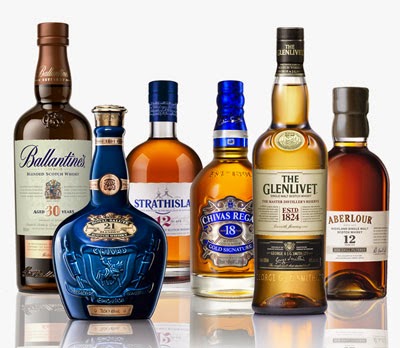 After adding these images to my image folder, I copied and pasted the image names into the appropriate cells of my data table. I would love to have a picture of every specific whiskey brand, but for this particular demo, I decided to stop at this point. The Whiskey Data Table -- one of the two knowledge artifacts required to create a Recommender app -- was complete.

When I build the Whiskey Recommender using the Recommender Apperator, I will need to upload my folder of images along with my Whiskey Data Table and Context Decision Tree so that the pictures can appear in my web app.

One final comment about finding appropriate images: I always use my search engine's tools to limit the images I am shown to medium-sized files. That is big enough to provide good resolution in my web app, while saving data storage and reducing load times during execution.

Now I need to move on to creating the final 'knowtifact' that is required to generate a Recommender: the Context Decision Tree.
Posted by Apprentice Systems at 1:44 PM